Fly Ash Bricks vs Red Bricks: Which is Better?

Blog Fly Ash Bricks vs Red Bricks: Which is Better? 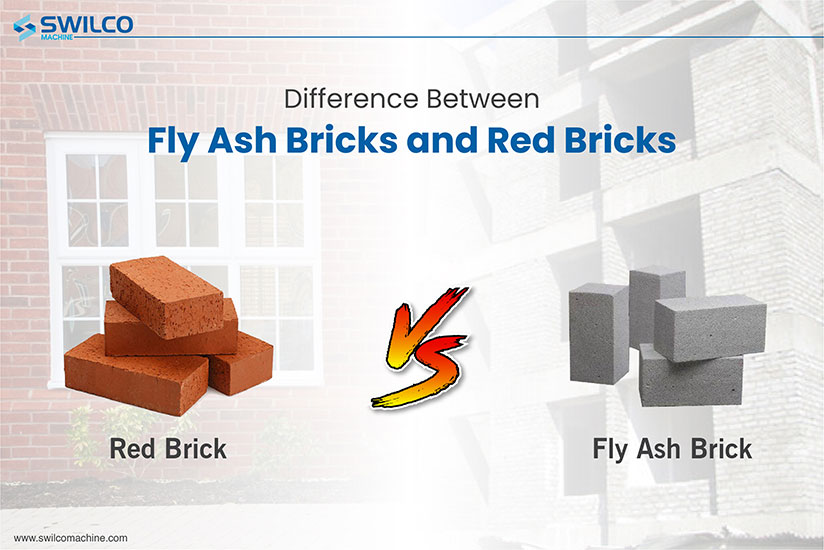 As we determine to construct a brand new home, there are numerous queries and concerns developed in mind. Everyone wants to construct a structure that will last for a long time and the bricks are a common and most important building material. As we all know, there are two types of popular bricks in the market: fly ash bricks and red bricks.

Choosing the best bricks from fly ash and red bricks might be difficult at times. Both of these bricks have one thing in common: they both required high-technical brick-making machinery.

We're looking for far too many things. So, in this blog, we'll compare fly ash bricks vs red bricks to see which is the best brick for construction. But First, Let's take a look at what fly ash bricks and red bricks are.

What are Fly Ash Bricks?

Fly ash bricks are used to create buildings and other construction structures, particularly masonry units. It is used as an alternative to calcined red bricks. To make such bricks, you need the best fly ash bricks machine. Fly ash is a common material of this brick, it is composed of small amounts of oxides of silicon, aluminum, iron, magnesium, potassium, sodium, titanium, and sulfur.

The appearance of fly ash bricks is very attractive due to their wonderful cement-like color, uniform size, durability, and smooth surface. Using a fly ash bricks machine, we can manufacture fly ash bricks of inconsistent size and quality.

On these bricks, Gypsum plaster, and putty can be applied directly. These bricks are free of cracks, casings, organic matter, pebbles, and lumps of lime-free. Fly ash bricks require a low amount of mortar for walls and plastering, which can reduce construction costs by 30% to 50%.

What is Red Brick?

Redbrick is a common building material made up of proportionate amounts of clay, sand, lime, and other elements. Clay is used to bind the bricks together and its presence gives the brick its flexibility. The substance is colored with metal oxides. They are used in minute amounts to giving the brick a crimson hue after it has been heated. Iron oxides also make brick impervious.

The following are the main differences between fly ash and red bricks:

Fly Ash Bricks vs Red Bricks: Which is Better?

Also, the heat and water-resistant properties of Fly Ash brick make it the first option for any construction. From all these aspects, we can say that Fly Ash Brick is better than Red Bricks in terms of properties and cost.

We hope this blog helps you in making a precise selection between Fly Bricks and Red Bricks. As we have seen, Fly ash bricks are superior to clay bricks in every aspect such as durability, environment friendly, and more. These were some of the reasons which soared the demand for these bricks in the construction industry.

Swilco Machine LLP is a certified leading manufacturer, and exporter of fully automated paver blocks and fly ash bricks machines. Our consistent delivery of world-class machinery has strengthened not just our reputation and client base but has also offered us great satisfaction.